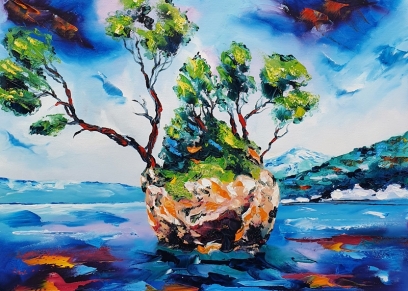 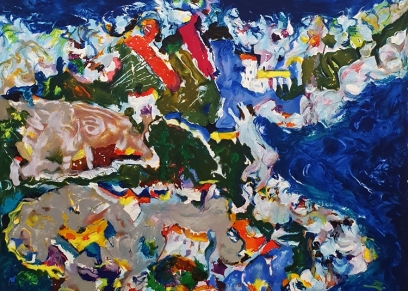 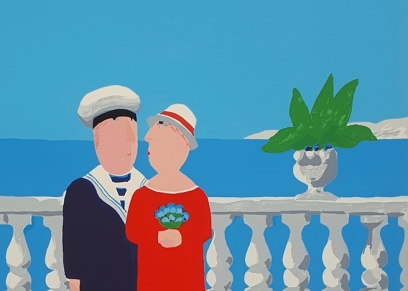 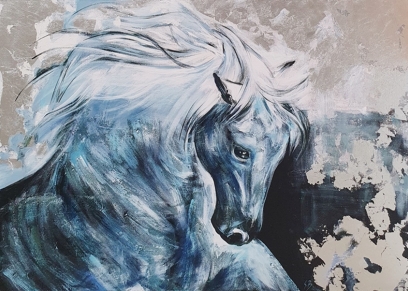 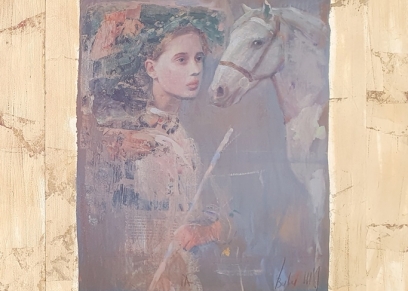 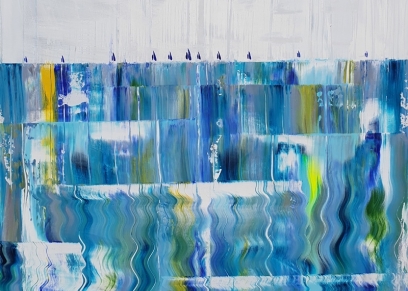 Ante Bakter is an artist from Ilok. He was born on 24th September 1970 in Backa Palanka.
He went to primary school and secondary school in Ilok, where he studied Art.
Bakter started painting, or, to put it another way, he started drawing at a very early stage in his life, during his school days. When he went to secondary school he used to draw portraits of his fellow-pupils and friends, as well as, drawing landscapes of Ilok and Danube.
During his stay in Germany (1992 - 1995) he tried painting with pastels and then he made transfer to landscape painting.
In the last 10 years he has been trying oil painting, what he has managed to accomplish.
Until now he has remained loyal to the oil technique on the canvass, because it has shown that he can release his artistic expression in the best possible way by using this technique, where he is allowed freedom of his strokes using a thick layer of colours and where he is also experimenting with the colouring.
So far, he has had 20 solo exhibitions and also including collective exhibitions, which were held in the Republic of Croatia and they were mostly of a humanitarian nature.
He gave and he is still giving a share of the proceeds from his solo exhibitions for the reconstruction of the vital infrastructure of his birth place, as well as, for the reconstruction of churches and convents.
He has been actively involved in many humanitarian actions.
On many occasions he has been involved in many activities raising aid.
He participated at many artist’s meetings - art colonies within Croatia, for instance : Starigrad- Paklenica(1997), Risnjak (1997), Tuheljske Toplice (1997), Opatija (1998), Karlovac(1998), Samobor( 1998), Vukovar(!998), Ilok (Art colony “Rabra” made a visit 1998), Pisarovina(1998), Krasic (1998), Ilok 2003, 2004) etc.
His paintings have been kept in many private collections in Croatia and other countries.
Ante Bakter has enriched the new gallery by permanently exhibiting his own paintings in Zlatar Bistrica, which was opened in the honour of the late Holy Father Ivan Paul II during his visit to Croatia.
He is a member of The Croatian Art Society in Zagreb.
He lives and works in Zagreb, where he is employed and he has been actively painting and has substantially expanded his knowledge in the field of Art. He has been studying, developing and researching in that field at many workshops and courses, as well as, at the private Academy in Split.