the gallery is open 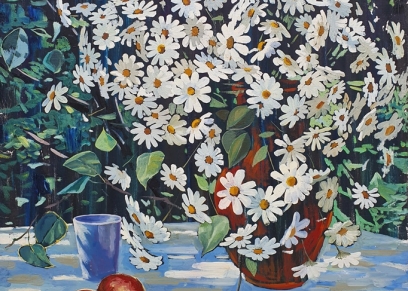 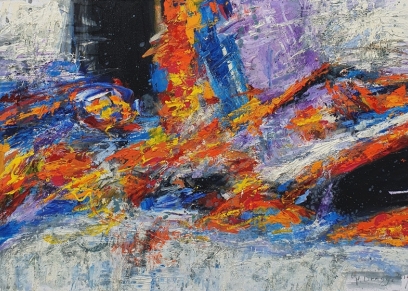 Born in village of Hlebine, Republic of Croatia, on February 19, 1936. His first oil paintings on canvas date from 1950. His first public appearance took place in 1954 in the town of Krizevci, where he graduated at the Teacher’s Training College. In 1959 he displayed his paintings for the first time independently in the Town Museum of Koprivnica.

Josip left his native village of Hlebine in 1960 and moved to Zagreb where he taught at an elementary school. In 1962 he graduated at the Higher Teachers’ College. Due to personal tragedies in his life some of Generalic’s works make the phase called by himself »Black Phase«.

Up to now, Josip Generalic has displayed his paintings at more than one thousand collective exhibitions and 200 independent exhibitions on all the continents. He takes part regularly at all the representative exhibitions of the Croatian and world’s naive art. The famous artist has been awarded the prizes by many international juries.

Josip Generalic has been considered by the critics as one of the top painters and graphic artists in the field of naive art and as one of the greatest representatives of the world famous »Hlebine School.

Josip’s works of art have been classified by the critics in four phases: the Hlebine verism, flower phase, portraits of distinguished persons and black phase.

Josip Generalic died in Koprivnica on 22nd Dec 2005 and is buried in Hlebine.